When pregnant women became my enemies 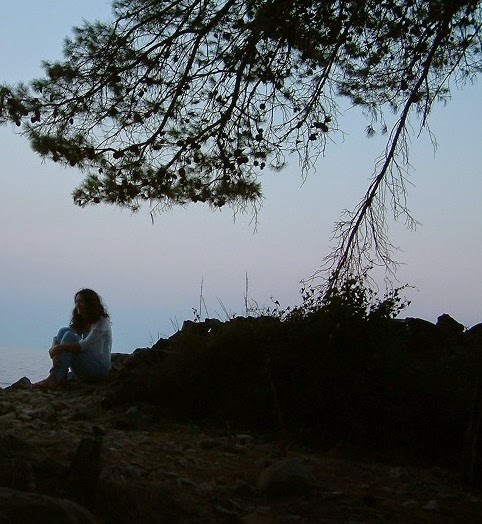 “Did Anikó call you?”
“No” I said, sensing something bad.  I, the amateur dressmaker, designed her wedding dress, but we did not see each other after this wedding until ours. She left my wedding very early, what hurt me that time. I thought, I would never hear anything more about her.
“She asked me for your phone number”, the teacher said.
“Oh really?” I said, “What’s up with her?”
“There is one piece of big news, but she said, I should not tell you, she wanted to…”
In a second I knew, what this big news could be.
“Will she have a baby?” I asked and mimed pleasure and smile.
“Yes” she winked to my eyes as an accomplice.
“Oh really?” I said and smiled. I was just like paralyzed with horror about waiting the call of Anikó. When we last saw each other, a half year ago, I said to her, that we wanted to have a baby very soon. She said then, they  wanted to wait some time.
Anikó phoned me two days later, exactly half an hour after I received my period. She told
me the big news, that she was pregnant in the 4th month, and I congratulated her.
“And how are things with you?” she asked me.


“Umm… I m not pregnant, - I said very calmly, just as she would asked me about something not important, and would not harrow my feelings at their deepest.  “Finally, I started to learn English. Here, in our language school” I said and just talked and talked and asked her about things. But it’s sure, that five minutes later, after hanging up, I couldn’t tell you what I was said. Not a word.
(...)
Taking medications, ultrasounds and blood tests again. Ádám went with me, again, and I didn’t faint, this time.
I continued learning English at full speed.
Anikó phoned me again, to ask me: “Are there any changes with you?”
I cried and freaked out, when I had my cycle on the day 31.
Suddenly, all pregnant women and young mothers became my enemies. I hated them. They were there all over, they infested everything  with their big bellies and hordes of  children in the streets, public transport and parks… There was no surprise that several times a week, I had to listen in the waiting rooms pregnant women telling about their one or two year old toddlers… They were everywhere! There were so many, even on the hidden paths in the forest, that some of them could be sent in smaller groups against us every fifteen minutes, every time we left the house.
There were two types. Type 1: The very satisfied, who watched your eyes, looking for admiring looks to the buggy. Type 2: Who couldn’t appreciate the gift from God. They pulled their children even in public areas, shouting at them. “Do you want me to leave you here?!”, they would call to their two year old. They didn’t deserve them, still, they got them! I could not understand the Big Creator. I could just…not…understand.
Posted by AnettBreczko at 6:15 AM

Email ThisBlogThis!Share to TwitterShare to FacebookShare to Pinterest
Labels: everybody pregnant but me, I hate my pregnant friends, infertility feelings

My Story In 15 Lines

We will do it on the first try!

Or on the second…

To be on the safe side: measuring temperature.

For the sake of the doctor: taking hormones.

Out of fear: IUI.

Without conviction: prepare yourself for the third IVF.

Could we have a little miracle, please?

Before I Got Pregnant - Text parts