In the twenty first century, we have a good planned life.
We have our PLANS for everything.
We want to have a satisfying job, so we study or learn an interesting profession.
And then, we get a good job.
We know, that we have to work on our relationship with our partner, so we work on it, and it works.
We do our best for our health: we eat fruits and vegetables, maybe add a few vitamin tablets, and we try to go regularly to the gym. We go to the doctor, and they do tests to prevent illnesses. And it works.
We plan a wedding and a baby. We have the wedding.
But some of us don’t get the baby. Some of us have to WAIT. Some of us don’t really get a diagnosis from the doctors. They can’t explain, why we can’t conceive.
There’s a point, when you have a lot of QUESTIONS, and nobody can give you the answers. You were always thought to be brainy and self-disciplined. You thought, everything would be fine, if you kept the rules.
Now, you feel cheated. You followed the rules, and you don’t  get what you are supposed to get.


But maybe you could LEARN something new about life. There is MORE, than rules and chores and to-do-lists. I know, it’s hard to understand it with our brain. But you can't explain everything…
Posted by AnettBreczko at 9:54 AM No comments:

Email ThisBlogThis!Share to TwitterShare to FacebookShare to Pinterest
Labels: diagnosis unexplained infertility, why i can't get pregnant

"I hate my pregnant friends"

YOU HATE YOUR PREGNANT FRIENDS?
YOU ARE NOT ALONE WITH THIS.
I hated them too. It was very hard.
There was this time, when every women who I knew, got pregnant. Recent brides, of course. Even nursing mothers. Singles. Celebrities. Single celebrities. Celebrities over 40. Even Arnold Schwarzenegger on TV… Your neighbour’s dog and cat… Mothers with 3, 4 or more kids… Everybody can do it, everybody get it, only you don’t.
You think, everybody’s happy, only you can’t be happy.
But you are wrong. Not everybody is happy, who has a child. Maybe they have a lot of problems, but they don’t speak about it to you. Maybe they have bigger difficulties, than you. There can be so many difficulties in someone’s life. IIlnesses, family issues, no money, no job (or a bad job), being lonely or being with the wrong partner…Some women would be ashamed to tell you, if they are unhappy with their child, that is crying all day and all night.
In our culture, you have to be happy as a mother. And it is normal to feel unhappy, if you can’t conceive. But you should also be happy until you have a child. You have find little joys in your life. Maybe it’s not so negative. It could be also a possibility for you. You should know, that if you have children, they stay only for about 20 years in your house. Then, they will go away, building their own lives. And you will be there again without kids, and you have to be able to find your own place in this world.

Posted by AnettBreczko at 5:19 AM No comments:

Email ThisBlogThis!Share to TwitterShare to FacebookShare to Pinterest
Labels: childfree and happy, I hate my pregnant friends, jealous of pregnant women

Inspiration from a lucky man

“If you were to rush into this room right now and announce that you had struck a deal - with God, Allah, Buddha, Christ, Krishna, Bill Gates, whomever - in which the ten years since my diagnosis could be magically taken away, traded in for ten more years as the person I was before - I would, without a moment's hesitation, tell you to take a hike.”
― Michael J. Fox, Lucky Man: A Memoir

This is a sentence from the book by Michael J. Fox, that he wrote about his life with Parkinson’s disease.
He called himself in his memoirs about that terrible, incurable illness a „Lucky Man” and gave me a lot with this thought.
When I couldn’t get pregnant for a while, I felt like a sick person. Like a woman, who can’t do, what women were supposed to do. Even though I never really gave up hope, that the day will come, when I would be a mother, I thought, that it was the most terrible part of my life. I thought, even, when I would be a happy grandmother one day, I would remember of this period as the darkest of my entire life.
But somehow, one day, I changed my mind. I began to see the positives in my situation.
I had time to think about myself, about my relationships, about the world around me.  Michael J. Fox was one of the people , who taught me, that you can grow from a hard situtation.
Today, I know, that even if you have problems, the day could come, when you say: „This difficulties helped me a lot.” It’s easy for me to say it now, having two kids in my house. Thanks and best wishes to Mr. Fox, father of four !

Posted by AnettBreczko at 7:27 AM No comments:

Too skinny to get pregnant?

When I was a teenager, it was not a good thing, but it turned even worse, when I wanted to have a baby, and we had no success with the pregnancy.

Some people asked me: "Maybe you are too skinny to get pregnant?" That was, when  I still didn't know, why I could not get pregnant. Nobody could tell me, what the problem was, so it was a hard time.

I learned from medical books and the internet, that it could be a problem, when a woman lost weight, has problems with her cycles and hormones. But I also knew, that I didn't have these problems, I was only simply one of this girls, who are thin, that's my nature. 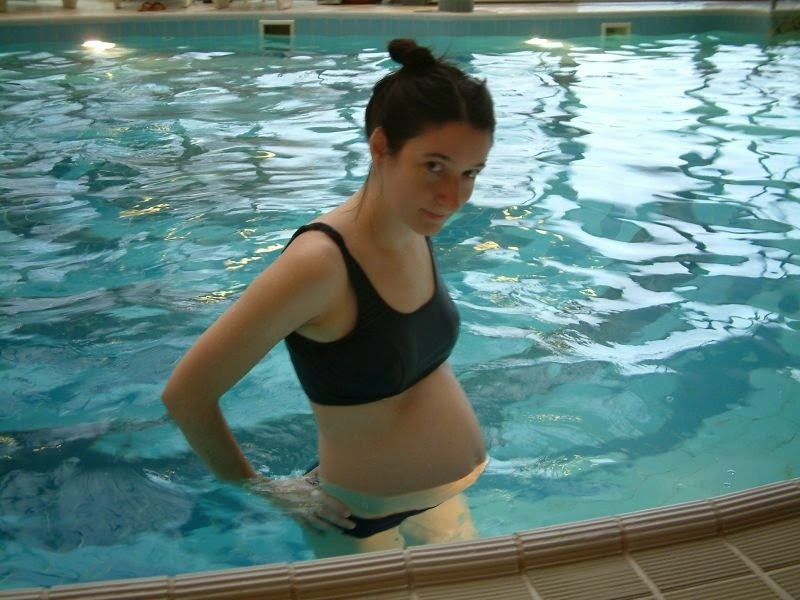 If you think at Victoria Beckham,
Milla Jovovich,
Nicole Richie,
Kate Middleton or
Keira Knightley
(Did you already heard? She is expecting!),
you will see, there are women in  the world,
who are thin and can get pregnant with beautiful
babies. Victoria Beckham could do it 4 times!

On the photo on the right, you can see me, carrying my  first Baby at six months.

Email ThisBlogThis!Share to TwitterShare to FacebookShare to Pinterest
Labels: Kate Middleton, Keira Knightly pregnant, Milla Jovovich, pregnant skinny, skinny celebrities, skinny pregnancy, too skinny to get pregnant, too thin to get pregnant, why i can't get pregnant

Before we started trying to get pregnant

This picture was made from me one year before we started trying to get pregnant. 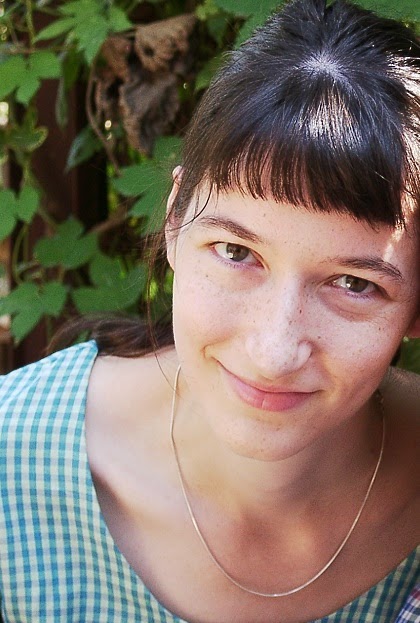 That was a young girl looking happily at her fiancé's camera.

She loved, and she felt loved. She dreamed about a family with kids.
Did she have a doubt of the success of conceiving?
No, she didn't know, how the next couple of years would play out. She had no clue about infertility treatment.
She didn't ask about how to get pregnant.
She thought, if you wanted a baby, you would get it.
She didn't know the feeling of being still not pregnant, month after month, again and again...
She would have to wait a very long time, desperate and frightened, feeling alone and helpless.

Some years later, she will be a mother. Loving and loved. Wanting never  to forget, what the dark years taught her.
Posted by AnettBreczko at 7:30 AM No comments:

Email ThisBlogThis!Share to TwitterShare to FacebookShare to Pinterest
Labels: How to get pregnant, Infertility treatment, not getting pregnant, Still not pregnant, wanting a baby 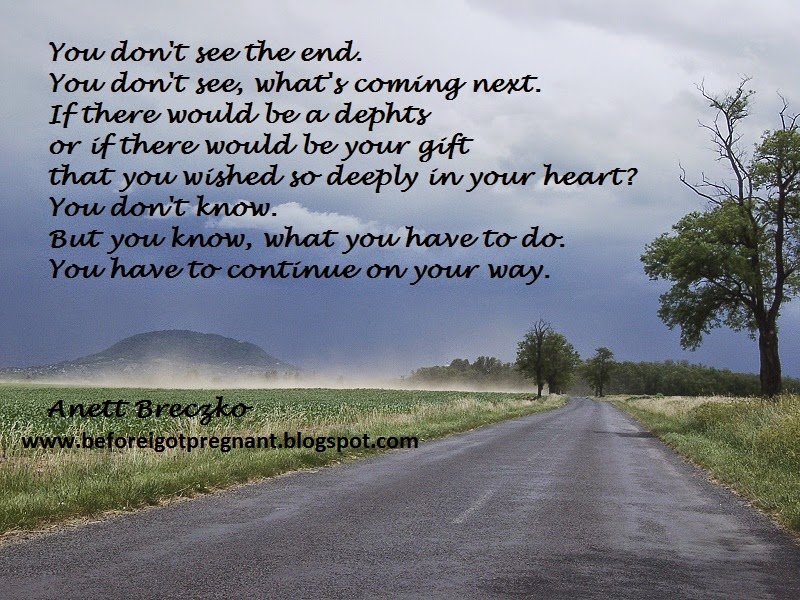 Posted by AnettBreczko at 7:58 AM No comments:

Email ThisBlogThis!Share to TwitterShare to FacebookShare to Pinterest
Labels: infertility blog, ivf blog, not getting pregnant, wanting a baby, why i can't get pregnant
Newer Posts Older Posts Home
Subscribe to: Posts (Atom)

My Story In 15 Lines

We will do it on the first try!

Or on the second…

To be on the safe side: measuring temperature.

For the sake of the doctor: taking hormones.

Out of fear: IUI.

Without conviction: prepare yourself for the third IVF.

Could we have a little miracle, please?

Before I Got Pregnant - Text parts